Share a memory
Obituary & Services
Tribute Wall
Read more about the life story of Thomas and share your memory.

Thomas E. Gell, 91, formerly of Trumansburg/Interlaken, passed away in Kendal at Ithaca, on December 13, 2022. Tom was born September 1,1931 in Syracuse, NY, son of the late Thomas E. and Dorothy H. (Paddock) Gell. A graduate from North High School in 1949, he married Ethel M. Seeley and together they raised 6 children.

Throughout his life, Tom was hardworking and determined in anything he set out to do. Always curious, he had a passion for learning and continually pursued opportunities to broaden his knowledge and skills. In his early years, he worked as a bank teller, insurance agent, land surveyor, and police patrolman, often concurrently. Evening classes at Syracuse University led to an engineering position with NYSDOT where he helped oversee the construction of Rt 13 as we know it now from Ithaca past Triphammer Rd. Tom transferred to Finger Lakes State Parks in 1966 as a Park Engineer and retired as Assistant Regional Director in 1990. He served on the Tompkins Co. Environmental Council, Ulysses Town Planning Board, and as a Trustee for Smith Woods Park.

Tom was an active member of the Trumansburg United Methodist Church, volunteered at Hospicare in Ithaca, and counseled prisoners at 5 Points Prison in Romulus. He loved to hunt, fish, white water canoe, golf, garden, and travel. Tom had a lifelong thirst for knowledge, and was an avid reader. He touched the hearts of many with his friendships and engaging conversations. He was proud of his Manx ancestry and visited the Isle of Man with Ethel in 1979 for the 1,000 year anniversary of Tynwald, the oldest continuous parliamentary democracy in the world.

Tom is survived by 5 children, David, James (Cathy), Susan, Richard (Karen) and Linda Gell; 18 grandchildren; 12 great-grandchildren; a sister, May Crabb (Gordon); and several nieces and nephews In addition to his parents, Tom was predeceased by Ethel Gell, his loving wife of 70 yrs; daughter, Ann Gell; and granddaughter Monica (Linda) Gell.

A memorial service to celebrate the life of Tom Gell will be held at 11:00 a.m. on April 29, 2023 at the Trumansburg United Methodist Church, 80 East Main St., Trumansburg, NY.

The family asks those who would like to make a contribution in Tom’s memory to kindly consider the Trumansburg United Methodist Church, PO Box 628, Trumansburg, NY 14886.

To send flowers to the family or plant a tree in memory of Thomas E. Gell, please visit our floral store. 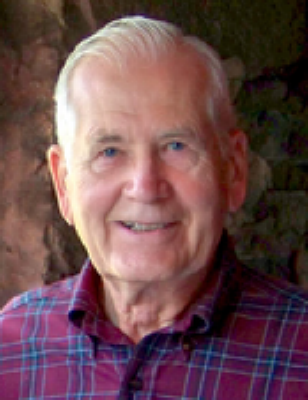